A downloadable VR game for Android

EARLY ACCESS! The final price is $10. If you buy now, you'll get the full game and every updates in between. For Oculus Quest.

Bonus: you can download and read the backstory of Hermetika VR as a full page ligne claire comic https://benth.am/hermetikavr/story/the-hermetika-story.pdf (2MB PDF)

Look outside! The flood is coming and the Hermetikos count on you, a giant from the clouds, for help. Save them all!

Race against the clock to secure windows and doors, climb, or else the sea will engulf you… Don’t drown!

URGENT, VERTICAL, 360º Hermetika VR is a frantic, made-for-VR endless game, with the same core feeling of urgency than Tetris or Canabalt.

YOU ARE INSIDE THE TOWER OF HERMETIKA, AND THE FLOOD IS RISING…

STOP THE LEAKS, Close the leaking windows and doors fast to slow down the rising water. Learn the different mechanisms. Each closed window gives you a time bonus.

CLIMB HIGHER… Climb up to escape from drowning. Grab the ropes and reach higher floors…

AND SAVE THE HERMETIKOS! Save all the Hermetikos you can find. Send them to your home clouds thanks to your pocket portal.

THE TOWER IS ENDLESS, AND THERE'S NO WAY DOWN!

In order to download this VR game you must purchase it at or above the minimum price of $1 USD. You will get access to the following files:

hello, is this game still under development?  also the install doesn't seem to work.

We have paused the development for now, but we plan to set aside some time in the following months to rework Hermetika, as we love the world and style we started to build up. We have actually too much ideas for Hermetika compared to the time we have!

What is your exact problem for the install? I'm guessing you have a Quest 2: what are the steps you are using to install the APK on your Quest? At what step does it fails?

One thing we plan to do is to publish Hermetika via App Lab, making the install much easier, but it will be later in 2022.

Thank you for the quick reply,

It seems that i couldn't download it due to me using the itch app on PC, downloading it from the browser fixed the issue.

Also i am glad to hear that this game will be getting attention later on, do your best on it and all your other projects, This game has a style and gameplay loop that resonate beautifully.

when will this be available for the rift s?

Hi! Not in the immediate future.

One issue is support: the PCVR ecosystem is more fragmented than Quest where if it works on our systems we know it works everywhere.

Another big issue is user experience: Hermetika controls have been designed for wireless headsets and having a cable will make the games a much less pleasant experience (as you need to spin and even jump a bit)

Great game. Nice graphics, easy to play and it gets very addictive.

hi, and thanks for nice feedback.

As a small team it’s easier for us to focus on a single platform first, as our ressources are limited.

Hermetika VR is one of the very few fully 360º VR game, taking full advantage of the Quest absence of cable, and thus would not be ideal to play with a cable or with only front facing tracking (many PCVR installations lack 360º tracking).

That said, we have accessibility features planned that would also be a good fit for a PCVR version.

When the Quest version is final, we will indeed see to have a great PCVR port too!

im sorry but what? most pcvr doesnt have 360° tracking?

any basestation based tracking solution is 360°. most others can track 360° too.
if you look at the steam hardware survey, you will find that over 70% of steamVR headsets are one of: HTC Vive, Oculus Rift S, Oculus Rift, Valve Index

ALL of which fully support 360° games.

anyone who plays PCVR has their cable issue solved in one way or another, be it through wireless solutions or ceiling mounting the cable (its what i do)

i can understand the 'small team' and 'easier to focus on one platform' argument fully, but please dont make excuses about the 360° tracking, that just sounds like you dont know anything about PCVR. In fact i would argue that the quest is more limited, since it can easily loose tracking of the controllers behind the players body (in my limited ~3h experience trying a quest, but to be honest the rift s suffers from the same problem).

this is a cool project, dont make yourself seem like idiots

PS: sorry if this seems harsh

This game shouldn't be bumped to ten bucks man, I know that sounds harsh but that's way too risky for an arcade style game with as little features as this.

Still pretty fun! And the art style is beautiful

Thanks a lot for the compliment on the art, and we are happy that you find the game fun!

Concerning the final price: the price will rise as the content and diversity in the game rise, so by buying early you’ll get the complete and even more fun game (a $10 game ;-) for the current price.

I’d love to have your feedback on what you’d like to see in a $10 version of Hermetika VR, it’s players like you who can help shape a game during early release! What would make it more fun for you?

Thanks! It's really cool to see you playing, and explaining the game from your perspective. Very motivating for us :-)

After the door closing floor, there seems to be no rope to pull up to the next floor. Dawned.

Ooops, sorry that you were stuck! After closing the door, did you ear the swoosh sound that marks the apparitions of the rope?

In any case, thanks for the feedback, and for sure progression and balance is one aspect where we are going to make improvements

Found out I was stopping to get a kid with only on glass lounge. If you stop there, there is no way to go up. I had to pull up 2 floors. then duck down to the floor below to get the kid.

really like what i tried, but i did have the bug where trying to bar the doors shut, tanked performance.

Thanks! We are checking that bug and we'll try to have a fix in the next build!

Fyi, found out the bar actually snaps in place if you put it close to door after closing it. I ran into the same issue you did and decided to experiment

There are some really cool ideas in this game. It's got a lot of promise to it and I think it could develop into something special! It reminds me a little of Keep Talking and Nobody Explodes in that there a little modules you have to complete quickly. Right now, there are only 3 to go through, so it gets a bit old quickly, but I really am looking forward to what gets added in the future!

After my 6th or so try, I got to floor 306, so I feel I've seen enough to give some valid feedback. Everything I said above, I mean it sincerely, so hopefully my comments can help make this game even better!

-Some sort of guide for what to do with the little people. Most of my attempts were just trying to figure that out. It wasn't until I decided to ignore them that I actually made progress. Fast forward 40-50 floors that I finally noticed the pouch on my stomach.
-Markers that show how many floors have been scaled. Whether that's every 10, 20, or 50, some sort of milestone that shows you are making progress. It all blurs together otherwise.
-I'm sure this is obvious, but having more modules. The three are fine early on, but once you've made it past maybe 50, adding new ones keeps it fresh.
-Once I ignored the people, I zoomed through floor after floor, and eventually lost all sense of urgency because the water was so far below me. That floor number is because I decided to stop. And it took almost 1 1/2 minutes for it to finally overtake me. Take that in whatever direction you think will improve this, I just wanted to report on it.

Bugs
-Biggest one I found was with the door module. At first (and for a good 100 floors), I assumed you had to place the wooden board in the slot manually (as opposed to it snapping in place). Maybe a quick tutorial would've changed this, no big deal. This issue comes when using my method. The board will try to lock in place, but starts to collide with the physics of the door. And since I'm not holding the board anymore, it won't snap into place. Both door and board will collide again and again, actually causes the entire Quest to lag. I started to click on the board just to stop it, which became a 50/50 on whether it would clear the module (and sometimes the board would lock in place, but still appear red)
-If there are 2 door modules beside each other, using the board on the wrong door will cause it to snap to the door it was designed to close, even though the door will still be open (this looks pretty funny xD)
-On the window modules, I found if I hold the locking mechanism in place, I can swing the door shut after to complete it. Meaning you can do it out of order and it'll still work (if that makes sense)
-Couldn't tell if this was a bug, but radios seem to keep playing even if I tossed them downward. But if I did that, a new one seemed to appear a few floors up, so idk if that's on purpose. Also sometimes the music would just cut out, even if there was clearly a radio in sight. OH that reminds me, different music tracks would be awesome as you progress!
-This only happened once, but one of the ropes collided with the floor and started bugging out. I tried to take a screenshot, but it fixed itself.

That's all I can think of, but so far it's an excellent start!

Thanks a lot for your great feedback and detailed bug report! It's very helpful for us. 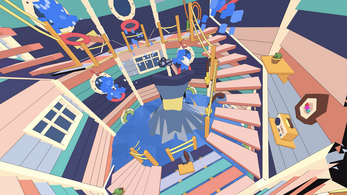 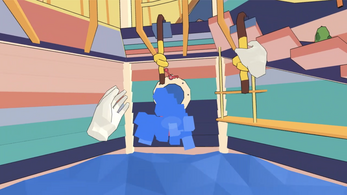 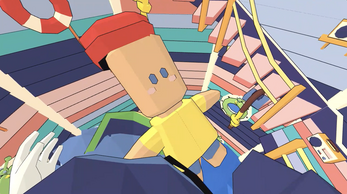 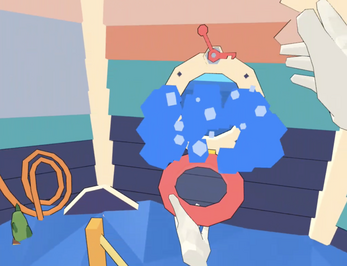 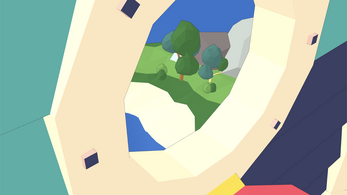 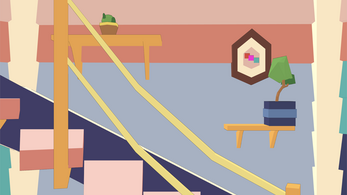 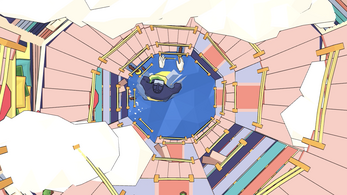